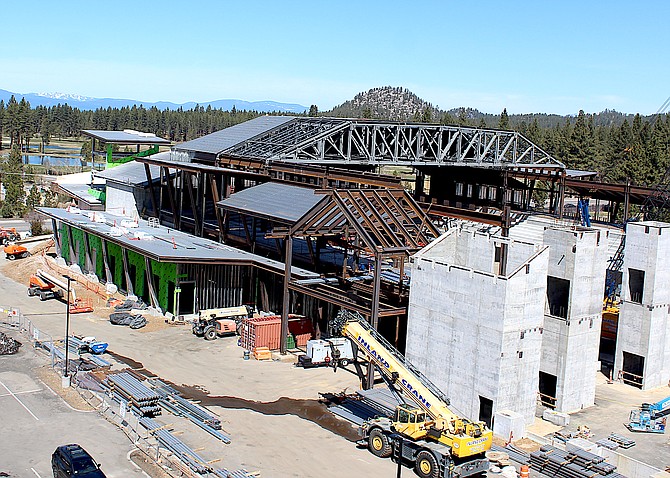 A mild January after December’s big snowstorms contributed to a big bump in taxable sales.

Douglas County posted a 20.5 percent increase in taxable sales during the month of January, according to figures released by the Nevada Department of Taxation. County merchants brought in $82.94 million during the month.

Visitors spent $7.3 million on accommodations during the first month of 2022, more than triple the amount from January 2021.

Much of that is driven by the Stateline hotel casinos. The county also saw an 11.4 percent increase in food services and drinking places to $11.1 million and a 19.9 percent increase in amusement, gambling and recreation, which brought in $1.5 million.

Building material and garden equipment and supplies saw $6.1 million in taxable sales, up 31.9 percent from the $3.67 million in January 2021. A good portion of that increase may be down to increased costs for building supplies.

The gaming win at Stateline continued down so far in 2022, with the casinos reporting $19.67 million in February, according to the Nevada Gaming Control Board.

That’s 3.93 percent lower than February 2021, despite including a Super Bowl featuring a West Coast team.

Stateline, which generates the lion’s share of the gaming revenue in Douglas County, is down 5.89 percent for the fiscal year that started on July 1, 2021. Some of that is due to the Caldor Fire which resulted in evacuations along Lake Tahoe’s South Shore.

Casinos in East Fork and Carson City townships were up 17.17 percent during February.

Unemployment in Douglas County was 3.2 percent in February, down a half-point from January.

According to the Nevada Department of Employment, Training and Rehabilitation, there were 21,467 people working, up 92 from January. There were 693 unemployed workers during February.

The labor force in Douglas County has decreased 1,622 workers from February 2021.

Unemployment numbers do not include those workers who have stopped actively seeking employment or whose benefits have expired.