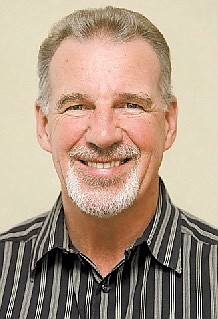 The Apostle John wrote that Jesus was full of grace and truth. That means He is a gracious and truthful God. He went on to say that we who have received Him have received of His fullness, meaning we have received grace and truth. John 1:10 He was in the world, and the world was made through Him, and the world did not know Him. 11 He came to His own, and His own did not receive Him. 12 But as many as received Him, to them He gave the right to become children of God, to those who believe in His name: 13 who were born, not of blood, nor of the will of the flesh, nor of the will of man, but of God. 14 And the Word became flesh and dwelt among us, and we beheld His glory, the glory as of the only begotten of the Father, full of grace and truth. 15 John bore witness of Him and cried out, saying, “This was He of whom I said, ‘He who comes after me is preferred before me, for He was before me.’ 16And of His fullness we have all received, and grace for grace. 17 For the law was given through Moses, but grace and truth came through Jesus Christ. 18 No one has seen God at any time. The only begotten Son, who is in the bosom of the Father, He has declared Him.

Unforgiveness is sin and when we harbor unforgiveness we are in unrepentant sin and therefor not forgiven ourselves. This is a very serious problem for many people. Unforgiveness will hold us back from living in victory and keep us in bondage.

Another issue we often deal with is we may not have a problem forgiving others, but we have a hard time forgiving ourselves. If a perfectly holy and just God will forgive us, what right do we have not to forgive ourselves when we repent? This too will hold us back from victory and freedom. I John 1:9 If we confess our sins, He is faithful and just to forgive us our sins and to cleanse us from all unrighteousness.