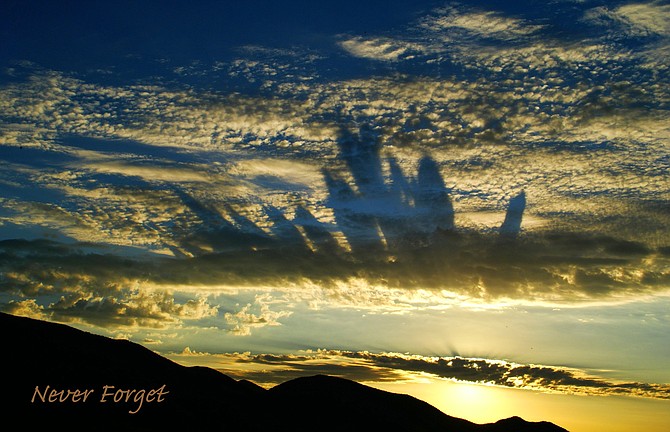 Seventeen minutes separated the two attacks on the World Trade Center by terrorists 20 years ago today.

In a special edition published the next day, The Record-Courier reported residents filled churches to pray. More than 50 mourners attended 8 a.m. Mass at St. Gall Catholic Church that day, just 32 minutes after the north tower collapsed.

“Tuesday morning was the saddest morning we’ve ever had at Mass,” St. Gall Catholic Church Pastor Father Bill Nadeau was quoted saying in the Sept. 12, 2001, edition. “From tragedy comes a sense of unity.”

There are several observances planned for this weekend in Douglas County.

Members of the Douglas County Sheriff’s Mounted Posse plan to be out at the intersection of highways 395 and 88 10 a.m. to noon today.

The Douglas County Republican Central Committee is planning a Truck and Car Rally on Saturday morning in observance of the 20th anniversary of the 9-11 terrorist attacks that destroyed the World Trade Center and damaged the Pentagon.

The group will be driving through Minden and Gardnerville

The theme of the Mass two decades ago was “From Sorrow to Hope and Trust” and saw greeters pin white paper doves with red, white or blue ribbons.

First Responder Chaplain Mindi Russell will share her personal stories from Sept. 11 4-5 p.m. Saturday at Valley Christian Fellowship Russell she spent 16 days at Ground Zero in New York City in the aftermath of the terrorist attack that destroyed the World Trade Center. For information, visit www.eventbrite.com/e/911-remembering-ground-zero-memorial-ceremony-tickets-167902323369