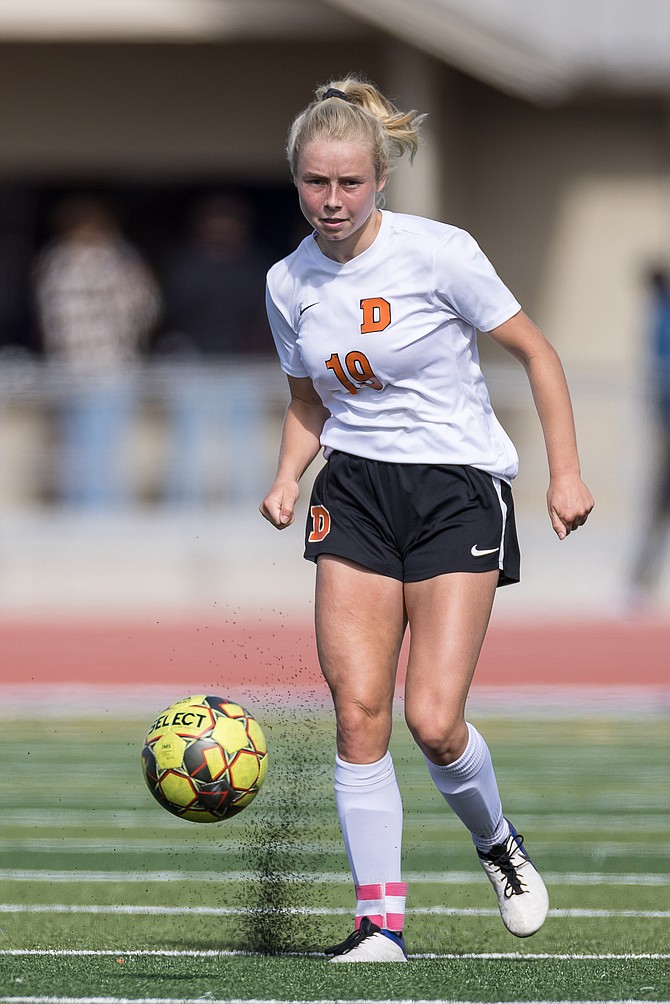 Douglas High’s Bailey Rozier makes a move with possession against Carson High earlier this season. Rozier was named as a first team all-region defender for the second year in a row Tuesday.
Photo by Ron Harpin.