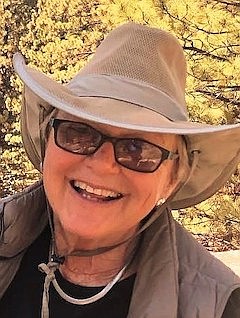 As one approaches Markleeville on Highway 89, before the charred, bare, and blackened remains of the Tamarack Fire come into view, another eyesore appears: a highway sign that points the way to “Indian Creek Reservoir.”

Local Washoe people have called the generic name "insulting," "hurtful," and "disrespectful" to the Washoe community because it "erases our identity." It is high time to change the names of the reservoir and the creek which carried its wastewaters through confiscated Washoe ancestral lands.

What’s in a name? Despite its widespread use, “Indian” is a term that is often considered offensive when it is uttered by those who don’t belong to native communities. To the Washoe people and many others in Alpine County, the name “Indian Creek” is a reminder of racism, violence, theft, and decimation of the Washoe people. It is also a reminder of a painful present marked by cultural erasure and invisibility.

“Indian Creek” was a name arbitrarily tossed off by white explorers 170 years ago, erasing the Washoe name and reducing the indigenous inhabitants to a stereotype by adopting Columbus’ misnomer for all native people. Carelessly dubbing this small body of pristine water as “Indian Creek,” these interlopers brandished their disinterest in the original Washoe inhabitants and their mistaken sense of cultural superiority.

Non-native settlers who followed swept through Alpine County, pushing the Washoe people off their land, cutting them off from their food supply, and killing them with impunity.

For thousands of years the creek sustained the Washoe people living along its banks. Settlers usurped water rights and turned it into a shameful symbol of the expropriation and degradation of indigenous resources. With ill-gotten water rights tight in hand, they forbade Washoe people from creek access but retained its carelessly tossed off misnomer. The Washoe name is now long lost.

The reservoir’s name was an afterthought. It was built in 1968 to hold “recycled” wastewater from the Tahoe basin. While the indigenous Washoe people protested, calling it “Miko (excrement) Lake,” white locals attached its name to that of the creek which was diverted to carry its wastewater to irrigation canals. Now the reservoir no longer holds Tahoe’s recycled sewage, and the creek no longer carries its wastewater. Both, however, retain names that erased the culture of the people who had lived there for thousands of years and reduced them to a generic stereotype.

There is a power in names. The names of places are more than geographical landmarks. When Indigenous peoples engage in the renaming of places, they reclaim the spaces that the interloper’s practices disconnected them from. Now, across the U.S., as communities begin to reexamine their controversial histories, they are changing degrading names and returning landmarks to their original indigenous names. They are erasing the word “indian” from the names of creeks, rivers, canyons, lakes, cemeteries, churches, and schools. New names reflect local indigenous values, heroes, and events. They are a powerful symbol, reconnecting indigenous communities to their ancestral lands.

Alpine County has had a good start in returning the old Jefferson Davis Peak to its Washoe name: Da-ek Dow Go-et Mountain, the “saddle between points.” Now, renaming these two local landmarks continues a restoration of place and name that recognizes the first people of Alpine County and their continued resilience and strength. It is a small step in the greater effort to restore Native Americans to their rightful place in the larger story of American history.