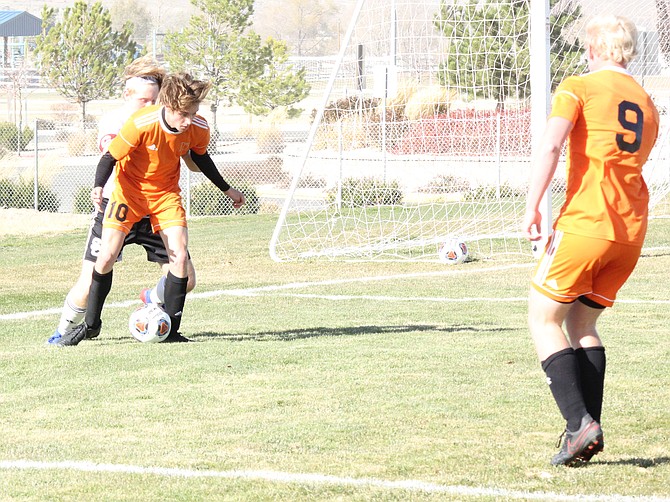 JOey Guariglia battles for possession of the ball in the box during Douglas High's opening round playoff game in the Class 3A regional tournament.
Tony Erquiaga