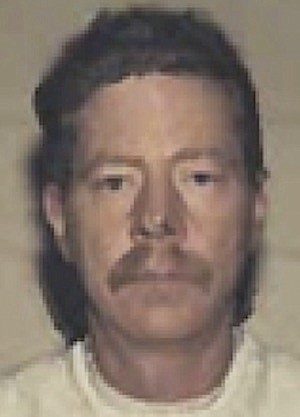 A murdered man, whose body remained unidentified for 28 years, once lived in Topaz Ranch Estates and was arrested for assault in Douglas County before he disappeared.

For the past two years, the Major Crimes Division of the Lyon County Sheriff’s Office has been actively investigating the unsolved murder.

Detectives say Trapp had been murdered in 1991 and was unidentified for 28 years, having been known only as Sand Canyon John Doe.

In July 2020, the Lyon detectives — working with Parabon NanoLabs Snapshot out of Virginia, as well as Parabon’s Chief Genetic Genealogist, CeCe Moore—was able to narrow down a list of potential family members of Sand Canyon John Doe using genetic matches from the GEDmatch database and investigative genetic genealogy techniques.

On Aug. 31, 2020, we were able to confirm the identity of the murder victim as Trapp, originally from Sacramento. Vincent Trapp stood six-feet-six-inches tall, weighed 190 pounds, and had blue eyes and red hair.

In October 1990, The Record-Courier reported Trapp was arrested for assault in an alleged attack on a Bodie Flats couple.

Trapp had been living in TRE since late 1989, and apparently moved to Yerington shortly after the altercation.

Detectives believe that Trapp was murdered sometime between the spring and summer of 1991.

After identifying Trapp, Lyon detectives traveled to two different states to interview persons of interest, and were able to establish a rudimentary timeline of his general whereabouts leading up to his death.

Currently, the Lyon County Sheriff’s Office and the Nevada Division of Investigation are asking for the public’s assistance in finding out any information regarding Vincent Trapp’s murder.

If you know anything about Trapp’s murder, contact Detective Lt. Jerry Pattison of the Major Crimes Division of the Lyon County Sheriff’s Office at (775) 577-5206, or Investigator Matthew Wehn of the Nevada Division of Investigation at (775) 684-7412. If you wish to provide information anonymously, you can call or text Secret Witness at (775) 322-4900.