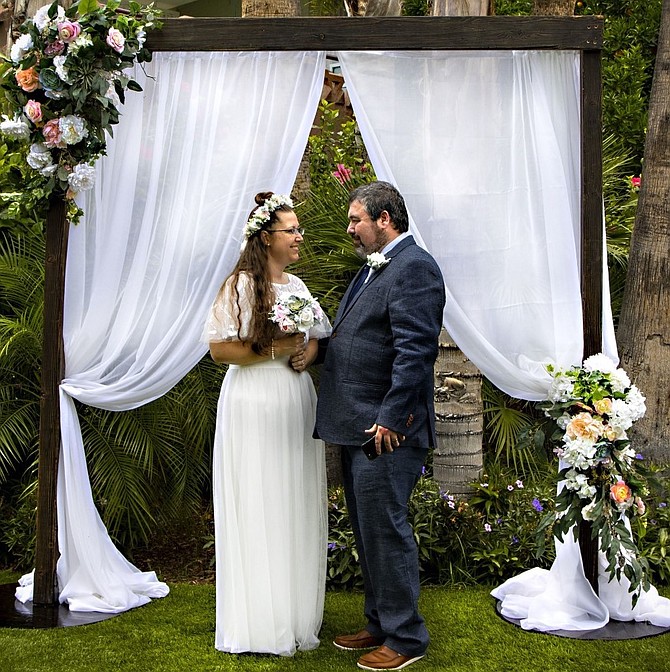 The rescheduled “micro wedding” of 10 vaccinated attendees, included Kristen's aunt and uncle, Mr. and Mrs. Henry Lewandowski, and long-time friends Mr. and Mrs. Robert Machado, all from Scottsdale and previously from Reno.

Kristen and her father, Andy, entered the garden while “Canon in D” was played by a harpist, with mother Melinda watching the occasion.

The couple reside in South Glastonbury, Conn. The groom attended schools in Connecticut and Boston. He owns an internet technology company. Kristen attended schools in Carson Valley, including Scarselli Elementary School, where her mother taught. She works as a social media manager. The newlyweds hike, backpack, travel and pamper their cat Kyo.