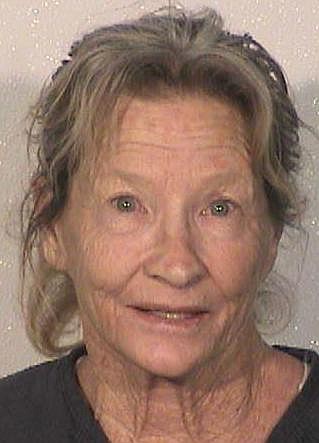 An attorney for a Reno woman accused of being responsible for a February 2020 fatal drunk driving collision indicated she will be admitting to vehicular homicide.

Wenger waived her preliminary hearing in East Fork Justice Court. The waiver isn’t an admission of guilt, and she could still deny the charge when she appears in district court on Aug. 9.

Filter said that in exchange for Wenger's guilty plea, a charge of felony driving under the influence and causing substantial bodily harm will be dismissed. Otherwise, both the defense and prosecution will be free to argue for any lawful sentence.

Wenger was the subject of national news coverage after The Record-Courier reported she was being sought in connection with the Feb. 28, 2020, collision that killed 70-year-old Dayton resident Laura Staugaard and severely injured her son.

Wenger failed to stop and slammed in the back of the other vehicle at the Johnson Lane stoplight.

A blood test showed Wenger had a .308 blood alcohol content shortly after the collision. The legal limit in Nevada is .08.

Wenger has three DUI convictions over nine years, spread out enough to avoid a felony.

Wenger’s license was suspended for failure to have proof of insurance at the time. According to the NHP, Wenger’s driving privileges had been withdrawn 26 different times since 2000.

She is being held in lieu of $100,000 bail, according to Douglas County jail records.