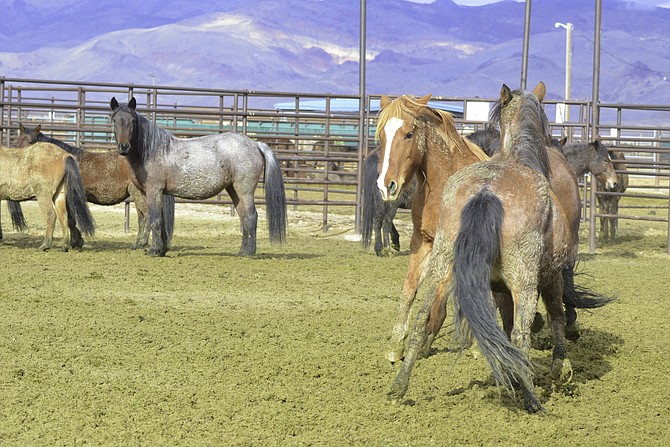 Fish Springs herd wild horse Copper in captivity in 2019 after being trapped in the East Valley.