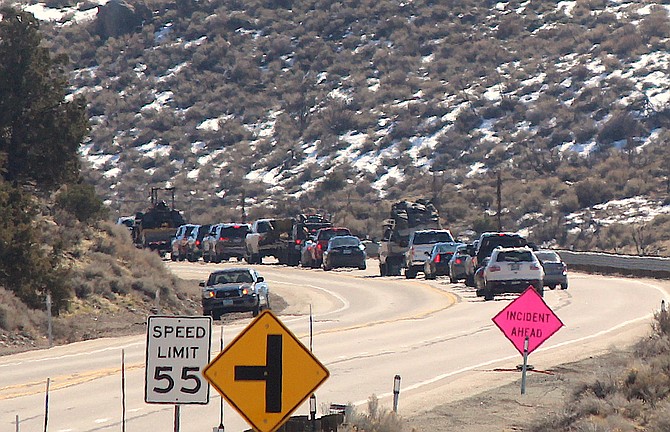 Cars wait for Highway 395 to reopen around lunchtime Tuesday after a fatal collision claimed the life of a Carson City man.

Library trustees agreed Tuesday to pay their half of the $25,000 invoice for an investigation conducted into a diversity statement that led to an Aug. 8 demonstration ink Minden. The Nevada Attorney General’s Office ruled that the approval of the contract complied with the Nevada Open Meeting Law.

Flags are at half-staff through Friday in memory of the 500,000 Americans who have died as a result of the coronavirus outbreak. On Tuesday, Douglas had five new cases and three recoveries.

The delivery truck with Carson City Health and Human Services’ vaccine turned up Monday. The delay slowed down vaccinations a tad, but with around 3,000 doses still to administer, people should get their second shot at the rescheduled clinics.

Expect a dry cold front to bring north winds of 15-20 mph this afternoon gusting to around 35 mph. Skies will be mostly sunny today. The possibility of precipitation has evaporated from the forecast through the end of February, which is Monday.