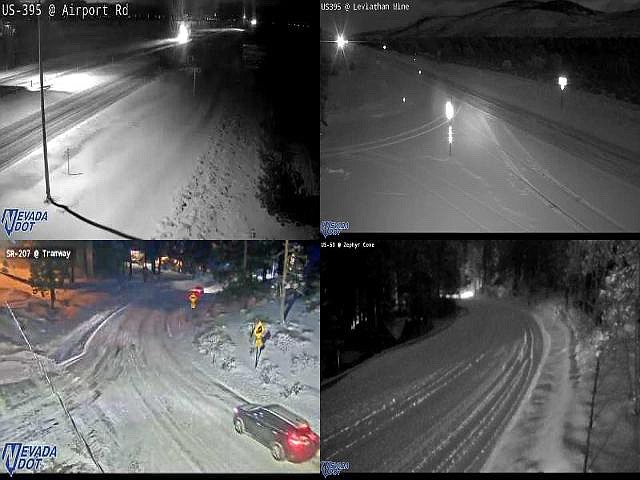 There's snow on the roads across Douglas County this morning.

Nearly 2 inches of snow fell north of Genoa over the course of a few hours on Saturday morning.

Road controls are in effect across Carson Valley, including Highway 395 from Indian Hills to near Holbrook Junction and on Highway 88 from Minden to the state line.

Expect chain controls through the mountains over both Kingsbury Grade and on Highway 50 from Carson City to South Lake Tahoe.

Minden-Tahoe Airport reported receiving light snow starting around 2:35 a.m. Visibility was down below a quarter mile with snow combined with freezing fog at the airport north of Minden.

The Carson Range is under a winter weather advisory with 2-5 inches of snow forecast to fall before sunrise.

Expect slippery conditions where the sun hasn’t had a chance to melt off the snow.

Bands of snow could continue through 8 a.m. in Western Nevada.

“If you plan on driving this morning, please take is slow in areas of snow showers and snow-packed roads,” National Weather Service forecasters said in a statement issued early on Saturday.