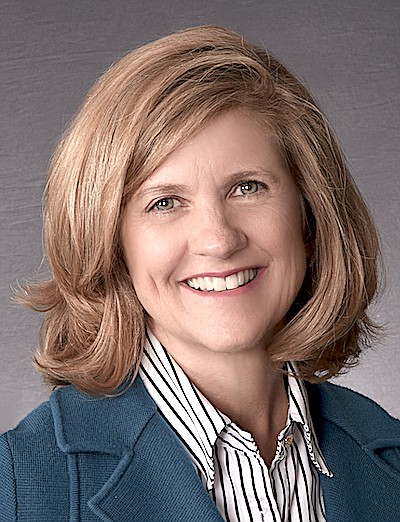 Three-term former Douglas County School Board trustee and 33-year Minden Republican Sharla Hales announced she is seeking election to the Douglas County Board of Commissioners on Thursday.

Hales, 61, an attorney who has represented local governments, is seeking the District 2 seat being held by Commission Chairman John Engels.

She is the second Republican to announce a bid for the commission seat. Filing for office isn’t until March 7-18.

“It is an honor and privilege to reside in Douglas County, and to announce that I would like to serve our residents, taxpayers, and retirees on our County Commission,” Hales stated. “I am humbled by the opportunity to contribute to the leadership of Douglas County and the voters should know that I will do my very best to move us in a positive direction.”

Hales was the first president of the Minden Elementary School parent group. From there, she has served as trustee 2003-2014 and president of the Douglas County School District Board of Trustees, President of the Nevada Association of School Boards, and was appointed by Gov. Brian Sandoval to the Teachers and Leaders Council.

“I enter the race ready to lead and represent Douglas with dignity and decency,” she said in a statement. “I’m pro-life, pro-freedom, a limited-government conservative, and a woman of faith who believes Douglas County is a wonderful place with its majestic mountains, beautiful farmlands, and breathtaking blue Lake Tahoe.”

She is a member of the Sierra Nevada Republican Women Club, Douglas County Republican Central Committee, and currently serves as the general legal counsel for the Churchill County School District. She is also a graduate of Leadership Douglas County.

Hales is a graduate of Brigham Young University Law School, where she also earned her bachelors and associates degrees.

For more about Hales, visit her web site at Sharlafordouglas.com

Gardnerville resident Doug Robbins has already announced he will run for the District 2 seat.

Neither Engels nor District 4 Commissioner Wes Rice have revealed their plans.

Commissioners have yet to weigh in on new districts proposed as a result of the Census.

County commissioners run at-large but must live in their district. Because of Douglas County’s large Republican majority, partisan offices like county commissioner are decided in the June primary.