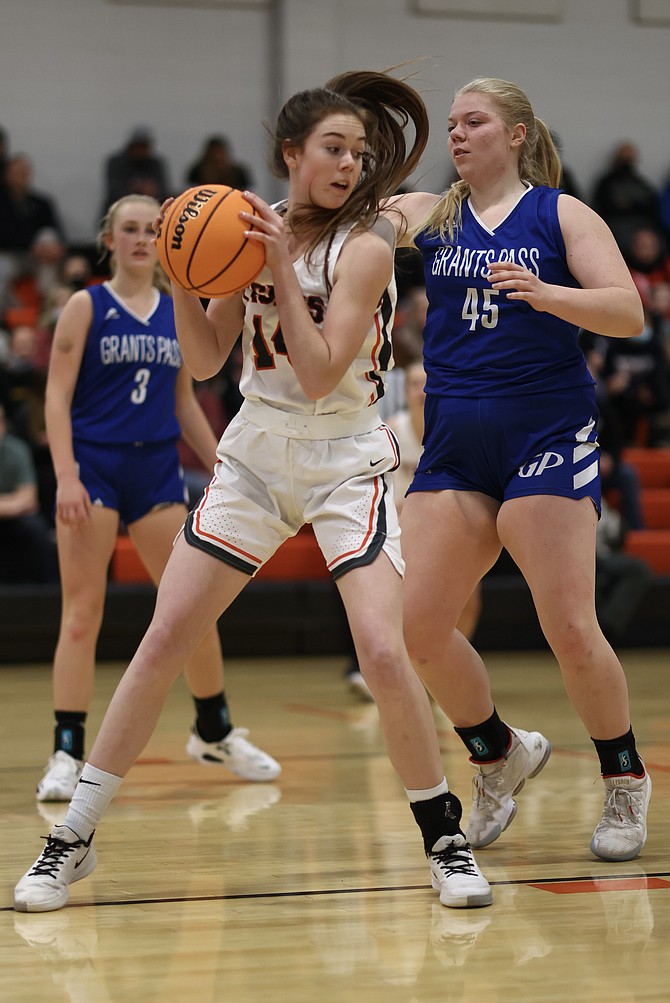 Douglas High's Addy Doerr (14) works with her back to a defender Firday night in the Tigers' home opener. Doerr had a team-high 14 points, 12 of which came in the second half in the Tigers' win.
Photo by Ron Harpin.