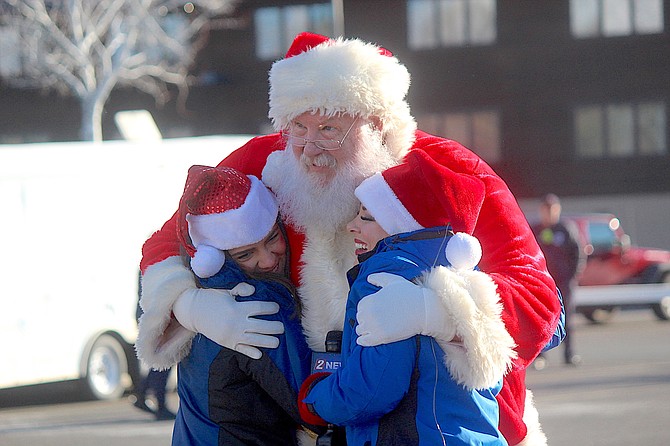 Minden once more led Reno and Carson in food donations during the Share Your Christmas Drive-by Food Drive which wrapped up at 6 p.m. Friday.

That’s more than twice the 114,472 pounds of food gathered in Reno, though the Truckee Meadows ponied up twice as much dough, with $158,223 in donations.

Santa dropped in at the annual Share Your Christmas Drive-by Food Drive at 9 a.m. sharp on Friday, riding a blue sleigh usually known as CareFlight.

The big guy was there to cheer on volunteers who’d been collecting food at Minden’s Carson Valley Inn for three hours.

Donations were rolling on Friday morning, with a $10,000 donation from the East Fork Professional Firefighters Association, which will help pay for 30,000 meals, according to the Carson Valley Community Food Closet.

More information is available at TheFoodCloset.org online or by calling 782-3711.