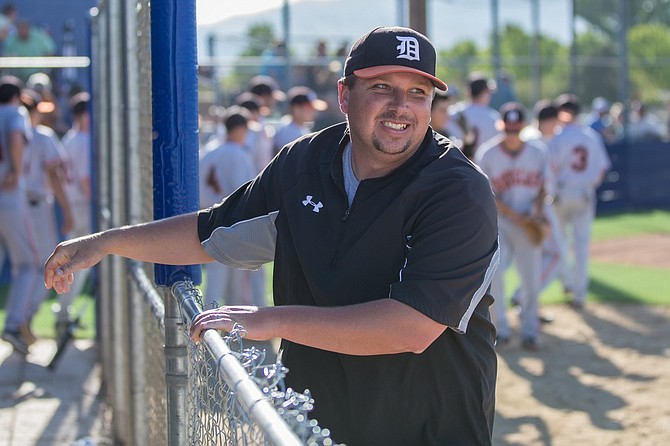 John Glover smiles in his Douglas Tiger gear. Glover, who has worked at Douglas High School for 20 years, took over as the new Tiger athletic director Monday.
Photo by Ron Harpin.