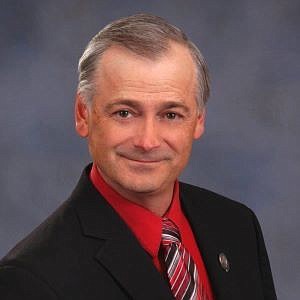 Senate Minority Leader James Settelmeyer, R-Minden, has renewed his call to put some limits on the governor’s emergency powers.
He introduced legislation that would have done just that during special sessions last year but the measure did not receive a hearing.
Settelmeyer was joined by Assembly Minority Leader Robin Titus, R-Wellington, who is a practicing medical doctor in Smith Valley. She said the administration of Gov. Steve Sisolak, who is a Democrat, has been in “panic mode” since the start of the pandemic and that not all the medical evidence is just on one side of the issue.
First off, she said all viruses mutate: “That’s what they do.”
“Every time we have a mutation, we can’t go into lockdown mode, can’t go into panic mode,” she said.
Titus agreed the delta variant is more contagious but said vaccinated people are still protected. She said the delta variant isn’t more deadly, that the death rate is still 1.7 percent.
“I’m frustrated that they continue to use one piece of science when there is other science contradicting it,” she said.
As for the decision to again mandate masks indoors, Titus said she doubts it will work.
“I just don’t see people accepting it this time around,” she said.
Both said Sisolak has been in total control over the state’s response to the pandemic for a year and a half.
“A state of emergency comes with checks and balances,” Settelmeyer said, expressing dismay Democrats in the Legislature would not consider changing that.
“It’s sad that the majority party in the Nevada Legislature would not agree with the minority party that there needs to be some limitations on the governor’s emergency powers,” Settelmeyer said.
He said the governor should have the power to declare a state of emergency but that there should be a mechanism to allow the Legislature to review those orders after, for example, 15-30 days. What Sisolak has done he described as an overreach.
Titus said her bill, which didn’t get a hearing either, would have allowed the governor to declare an emergency but, after 15 days, would have had lawmakers ask county health officers to weigh in and make recommendations on what to do.
“Make sure we get a little bit broader thoughts on the process,” said Titus.
“This should have been addressed during the legislative session,” Settelmeyer said. “We should have put some limitations on the powers of the executive because it’s the right thing to do.”