One dead, one critical in South Lake shooting 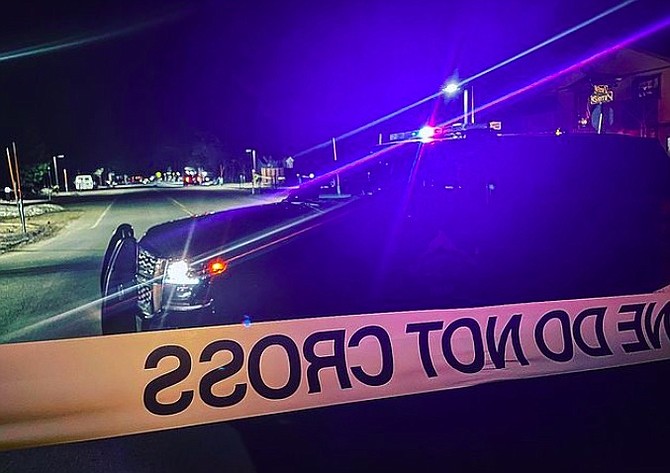 Update: One man is dead and another in critical condition after a shooting at Sierra Boulevard and Alma Avenue in South Lake Tahoe early Wednesday morning.

South Lake Tahoe Police received numerous 911 calls around 1 a.m. reporting gunshots in the neighborhood near the Y.
Officers arrived to find one man with numerous gunshot wounds, who was later pronounced dead.

A second man with a gunshot wound was also transported from the scene and is in stable, but critical, condition. The location of the incident is still closed, and the public is being asked to stay clear while Crime Scene Investigators process the scene.

Identities of involved parties are not being released at this time, as this event is being actively investigated, police said. If anyone has information regarding this incident, contact the South Lake Tahoe Police Department at (530) 542-6100 and reference case# 2104-0544.

According to the department’s Instagram post there is no threat to the community related to the incident.

Sierra Boulevard near the Y is closed between Kubal and Rose avenues, and residents are asked to stay clear of the area.

Additional information will be released as the day progresses.