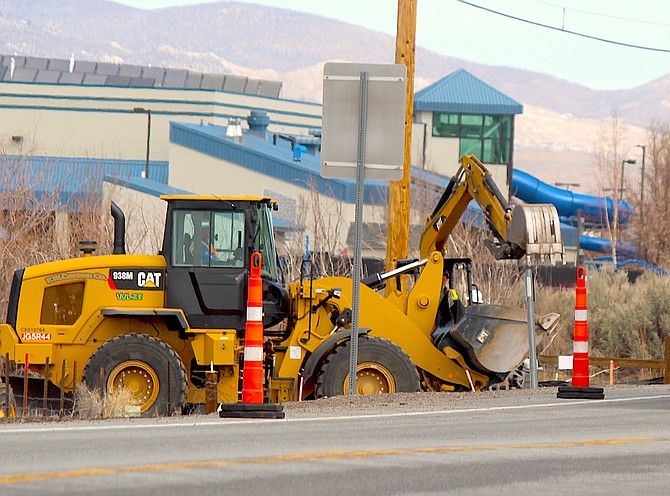 Because the highway is so busy during the week, Erb told county commissioners the plan is to close the highway for two weekends in order to install the culverts.

“They are working on utilities right now,” Erb said. “We held a group meeting to determine the best course of action, because the boxes are fairly large.”

Weekend closures wouldn’t be until mid-April at the earliest and would be 6 p.m. Fridays to 6 a.m. Mondays. He said the county will announce when the closures occur when they have firmer dates.

Work on Centerville Lane between Highway 88 and Foothill Lane could be completed as soon as the end of the month.

The road has been closed during the week while work on installing new culverts and paving is done.

“We did all the culverts during the wintertime,” Douglas County Transportation Engineering Manager Jon Erb said. “It has been a long project and we had to do it in stages because of irrigation.”

Centerville Lane residents have been concerned about drainage and the state of the road for years.

The old corrugated metal culverts had rusted out of the bottoms and were often overwhelmed by even moderate rain, especially during irrigation season.

But the work was delayed due to prior wet seasons because it had to be done when the ditches were relatively dry. County officials didn’t want to repave until after the culverts were done, so they wouldn’t have to redo that work.