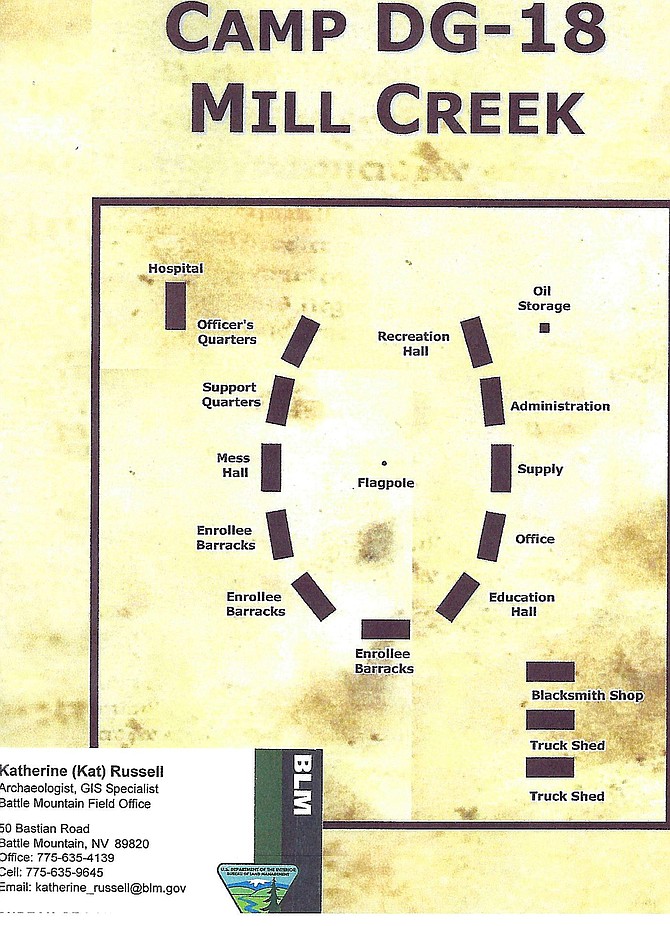 This is one of the photo copied pages from Katherine (Kat) Russell, Archaeologist GIS Specialist, BLM Field Office report. Many of the CCC camps were similar to Mill Creek, DG-18.