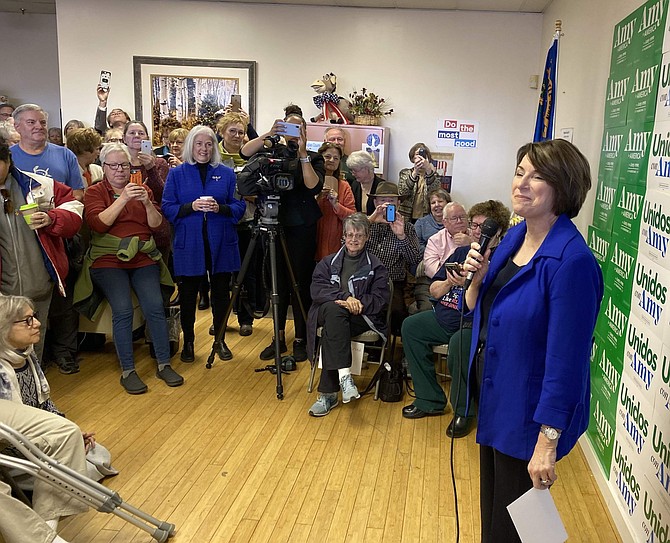 Amy Klobuchar talks to Douglas County Democrats in Minden recently. More than 200 people turned out for the event.