Joe Santoro: Nobody in the NFL knows how to draft a quarterback 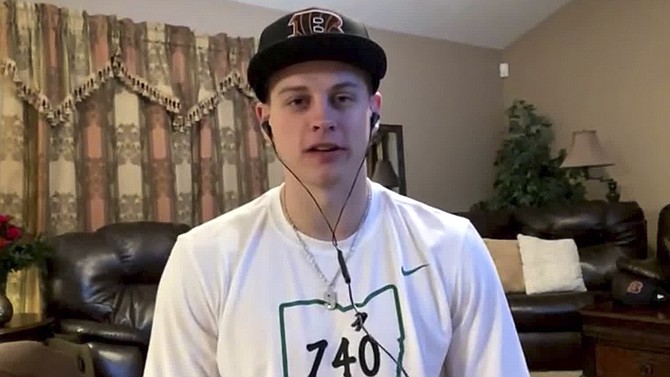 In this still image from video, LSU quarterback Joe Burrow appears in The Plains, Ohio, during the NFL draft April 23. Burrow was the top pick in the draft.