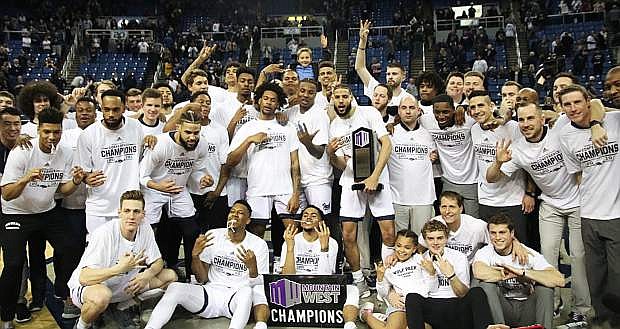 The Wolf Pack celebrate Saturday night after beating San Diego State to be co-champions of the Mountain West Conference with Utah State.