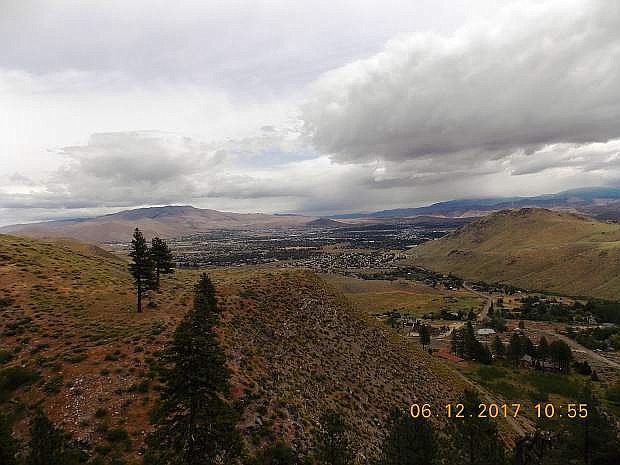 Carson City is seen from above the waterfall in Ash Canyon. Photo by Tom Schwartz.