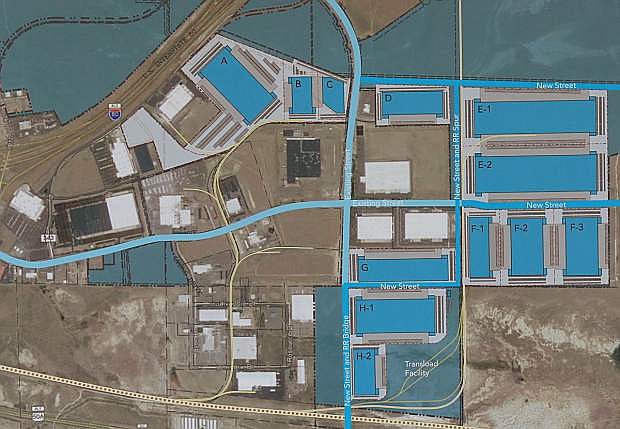 This rendering shows the preliminary master plan for the Victory Logistics District.