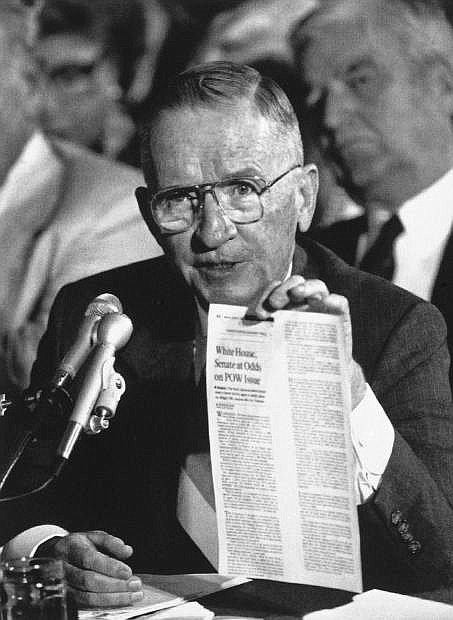 FILE - In this Aug. 11, 1992, file photo, Ross Perot holds up a newspaper article as he testifies before the Senate Select Committee on POW-MIA Affairs on Capitol Hill, in Washington. Perot said he believes some American prisoners may have been left behind after the Vietnam War. Perot, the Texas billionaire who twice ran for president, has died, a family spokesperson said Tuesday, July 9, 2019. He was 89. (AP Photo/J. Scott Applewhite, File)