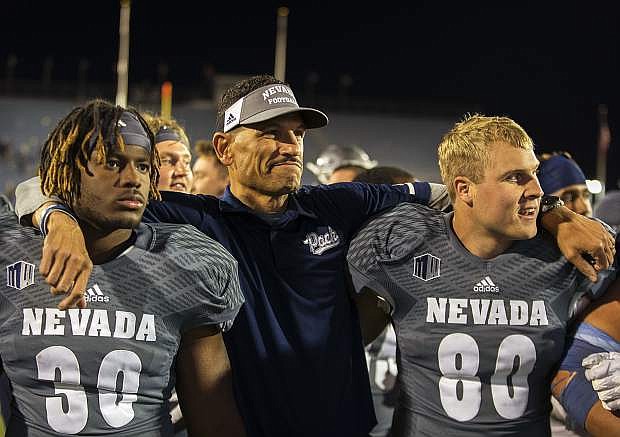 Nevada coach Jay Norvell celebrates with his team after beating San Diego State, 28-24, in Reno on Oct. 27, 2018. The game against San Diego State will be one of the keys to determining the Pack&#039;s success in 2019.