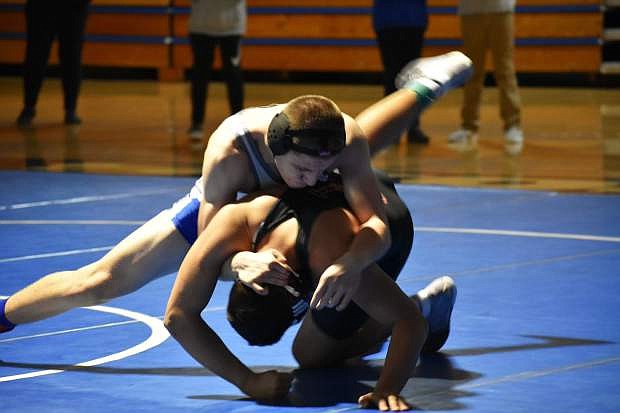 Cole Ashton on his way to winning by pin to secure the league title last week against Douglas.