Bobcat sighting in Carson City; Nevada Department of Wildlife says it is not unusual 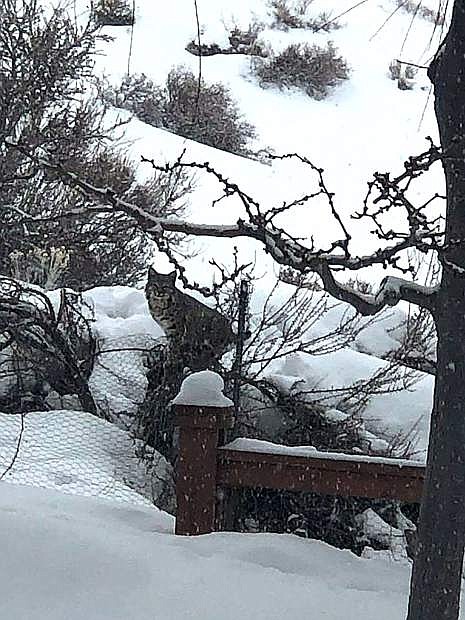 Millie Karol captured a photo of bobcat in the snow in the Westwood/Timberline area of Carson City.