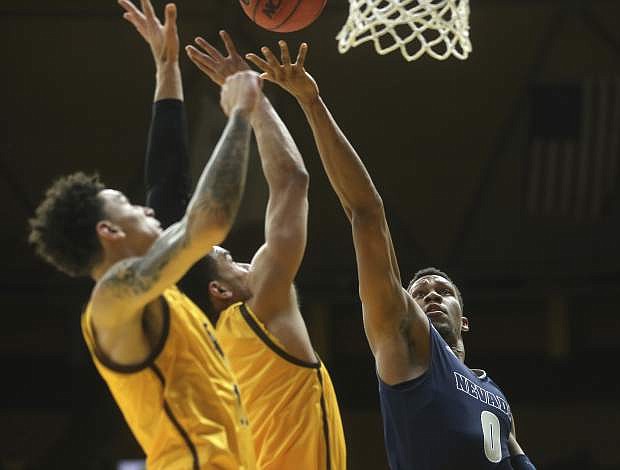 Nevada forward Tre&#039;Shawn Thurman (0) shoots during the first half of an NCAA college basketball game against Wyoming on Saturday, Feb. 16, 2019, in Laramie, Wyo. (AP Photo/Jacob Byk)