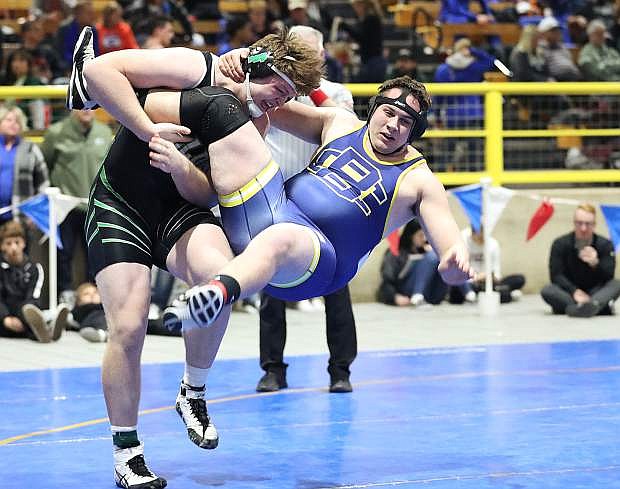 Fallon senior Ben Dooley trips up Boulder City&#039;s Mike Kaposta in the first period of his quarterfinal match on Friday at the Winnemucca Events Center.