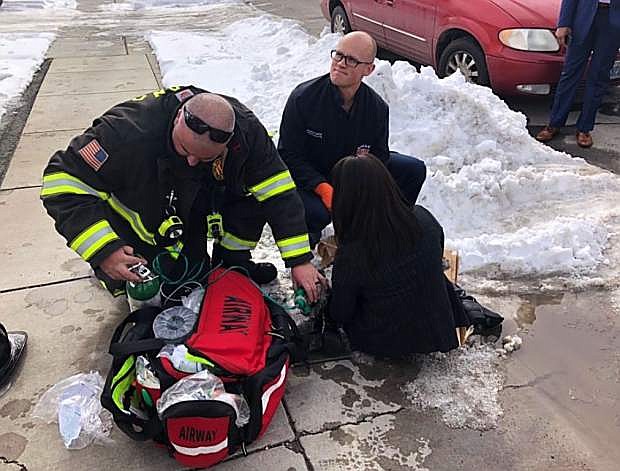 Firefighters respond to a fire at the St. Charles Hotel.