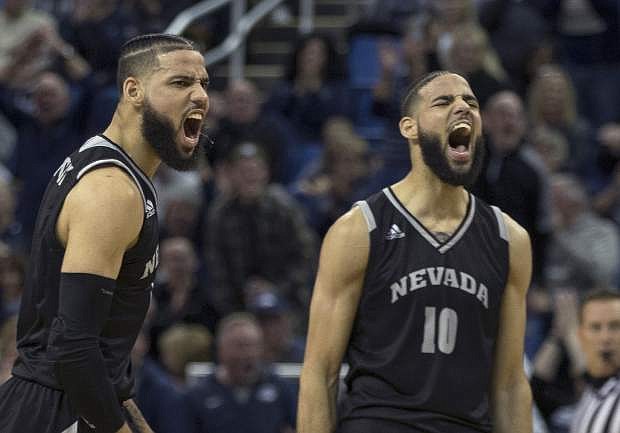 Nevada forwards Caleb (10) and Cody Martin react after a big basket against New Mexico in the first half Saturday in Reno.