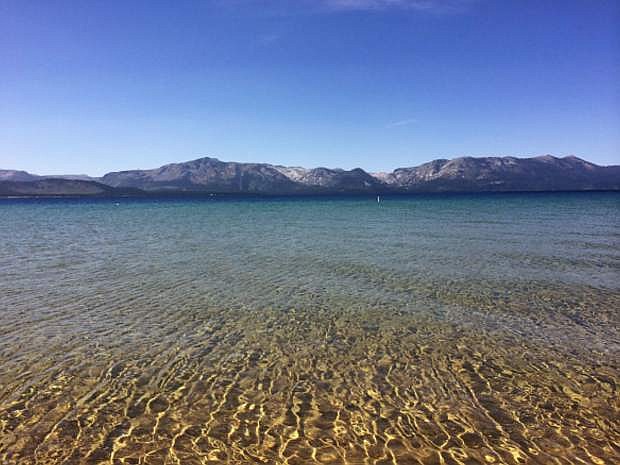 The timber camp of Sam Clemens and John Kinney has been traced to the east shore of Lake Tahoe, about a mile south of Sand Harbor State Park.