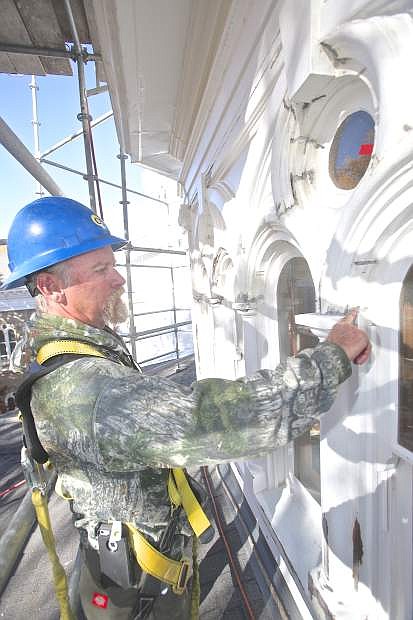 Bill Park, job site Superintendent, points to a spot on the annex dome that has been repaired with a two-part epoxy Wednesday at the Capitol.