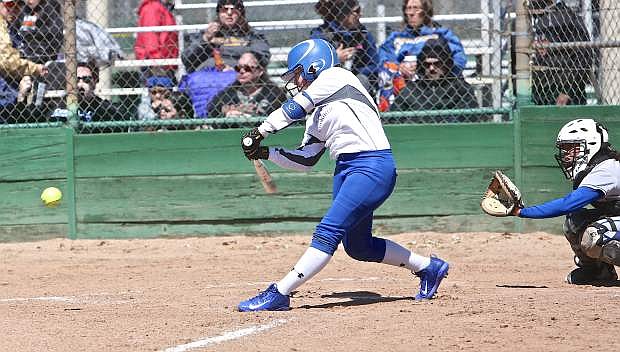 Junior Nicole Brown raps a double in the first inning against the Newark Memorial Cougars Friday in Sparks.