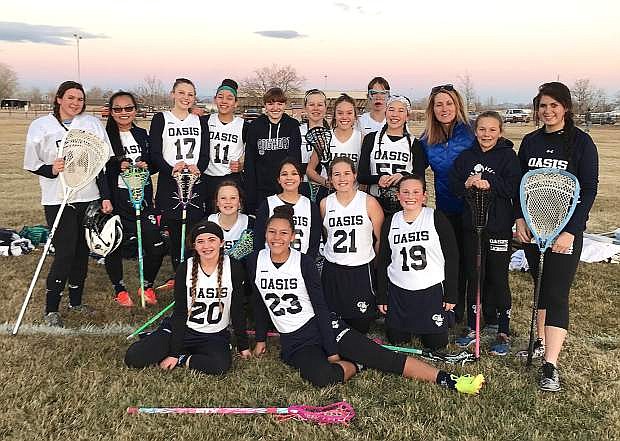 The Oasis Academny girls&#039; lacrosse team pose for a picture after their first game of the season.