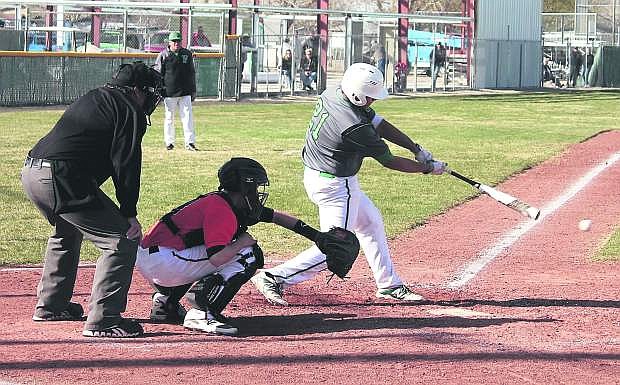 Edgar Alvarado, 21, swings on a pitch during the Greenwave&#039;s home game against Fernley.