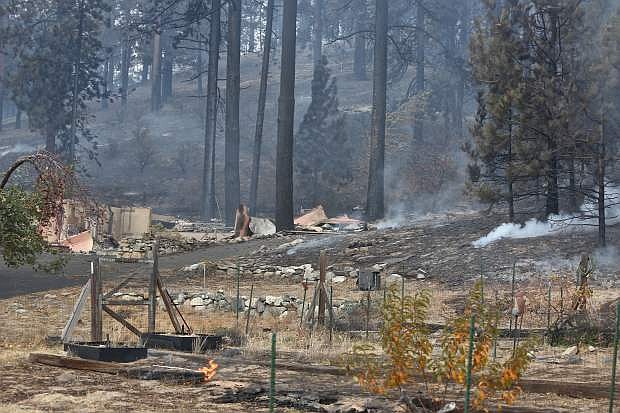 Just remnantsremain of one of 23 homes lost on Franktown Road in the Little Valley fire.