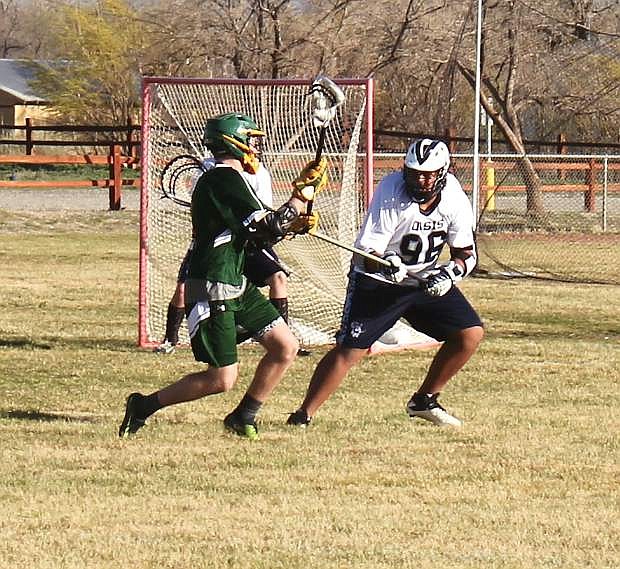 Frederick Devyn, 98, battles a Bishop Manogue player for the ball.