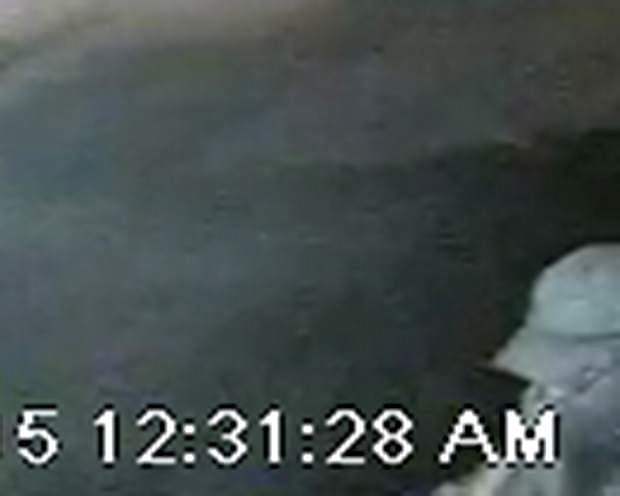 A home security camera photo of the man sought in the case of threats made against Carson City Judge John Tatro.