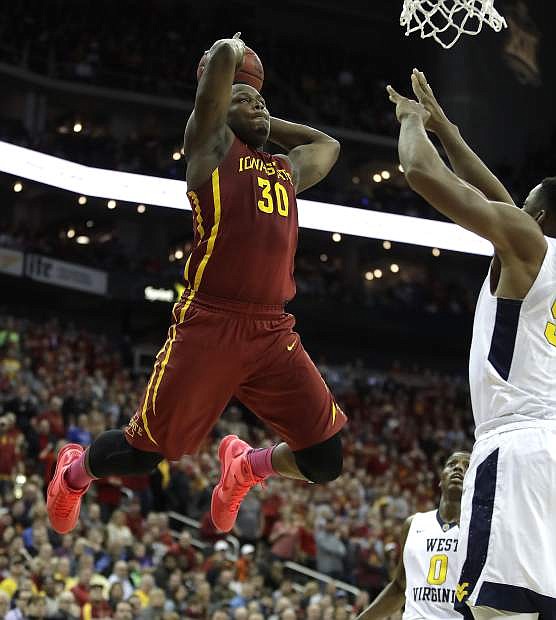 Iowa State&#039;s Deonte Burton shoots during the second half of the team&#039;s NCAA college basketball game against West Virginia for the championship of the the Big 12 tournament in Kansas City, Mo., Saturday, March 11, 2017. Iowa State won 80-74. (AP Photo/Charlie Riedel)