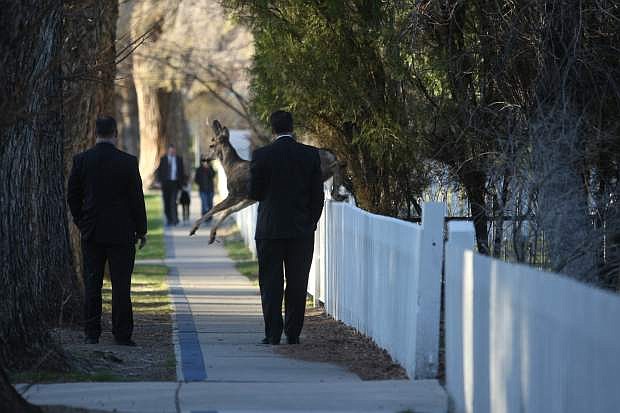 A deer jumps over a fence on Mountain Street in front of Gov. Brian Sandoval in 2014 during Nevada Moves Day.