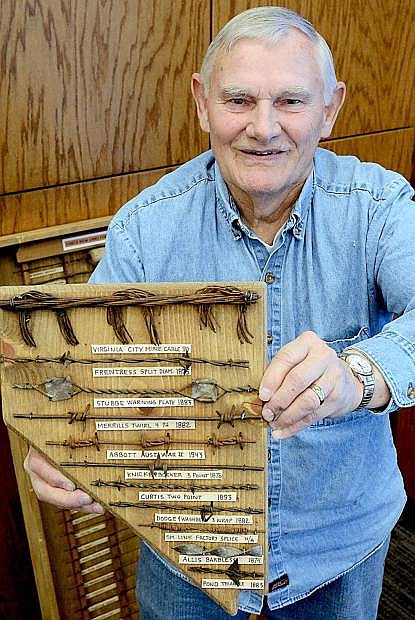 Mike Call shows off one of his barbed wire pieces. Displays by Call and other collectors will be on display during the 2017 Western Collectibles Show March 24-25 at the Carson Valley Inn.