Telegraph Street mural by Mauricio Sandoval will be unveiled Friday 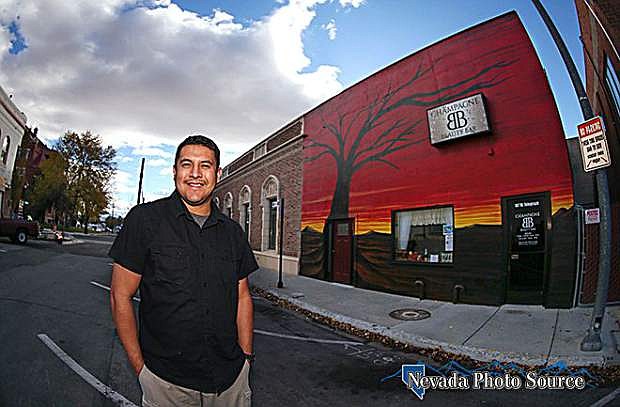 Artist Mauricio Sandoval poses with his Sunset Tree mural in downtown Carson City, Nev. on Tuesday, Oct. 25, 2016. The mural will officially be unveiled to the community during a ceremony 11:30 a.m. Friday.