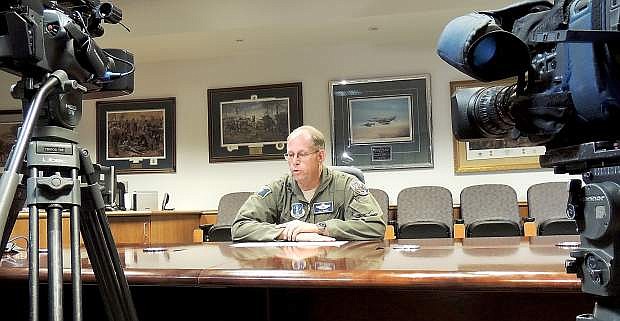 Brig. Gen. Bill Burks recollects Tuesday about Lee Behel who was killed at the Reno Air Races on Monday.