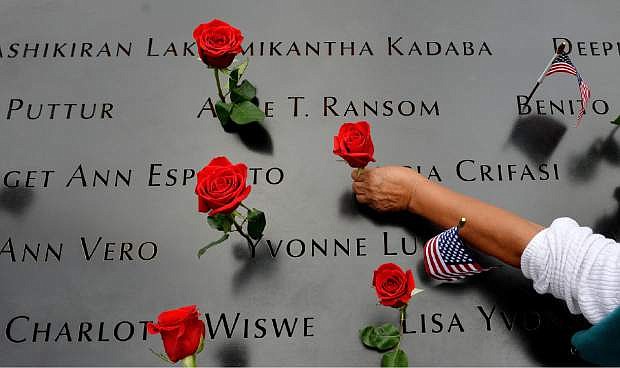 A woman places flowers in the inscribed names along the edge of the North Pool during memorial observances on the 13th anniversary of the Sept. 11 terror attacks on the World Trade Center in New York, Thursday, Sept. 11, 2014. In New York, family members of those killed at the World Trade Center will read the names of the victims at a ceremony at ground zero. (AP Photo/Justin Lane, Pool)