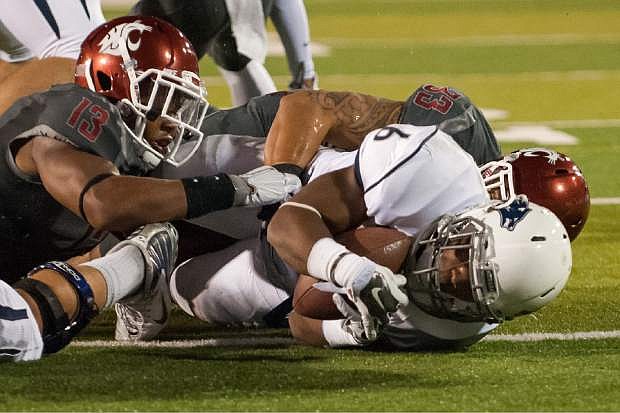 Nevada&#039;s Don Jackson (6) scores after getting past Washington State&#039;s Darryl Monroe (13) and Tana Pritchard during the first half of an NCAA college football game Friday, Sept. 5, 2014 in Reno, Nev. (AP Photo/Kevin Clifford)