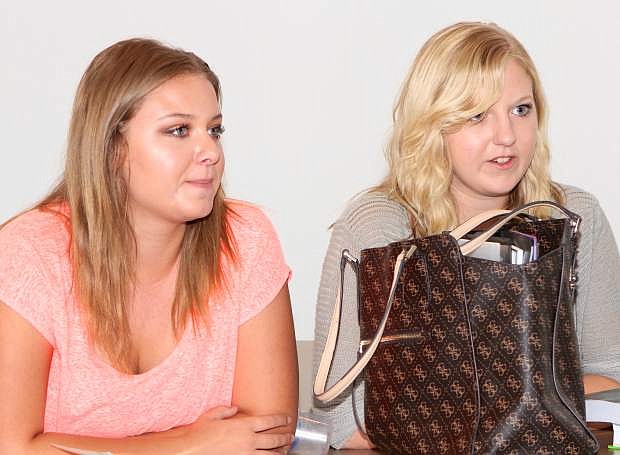 Alysha Deynzer, left, and Emily Gredziuck talk about their experiences in the Jump Start program at Western Nevada College on Thursday.