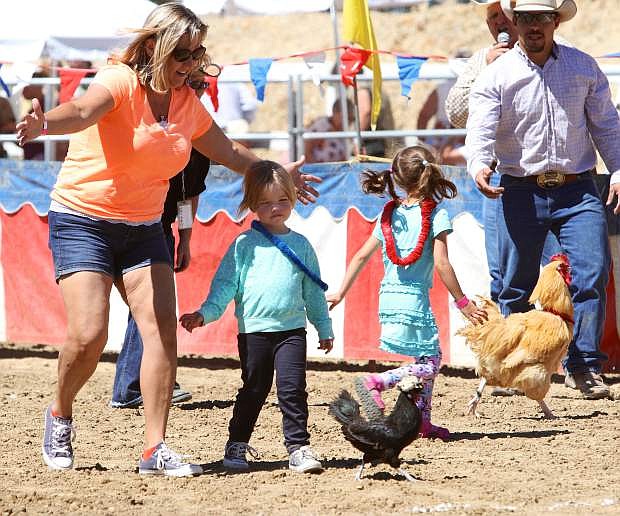 Jennifer, left, and three-year-old Julie Fleischmann of Minden near the finish line with their winning chicken in Virginia City Friday.